Reading Home. S*** happens against another club fighting for its place in this league. Would have settled for a point after 80 minutes.

Wigan Away. Chris and I went to the Accrington Stanley v Walsall game in League One on our way to Wigan, just so I could cross another ground off the list as you do. Really makes you appreciate what we have at Carrow Road. Grim up north some say and grim on the pitch it was as well.  I really hope the Binners get to go there on a cold Tuesday night, only fair after being so poor this season. Not sure if everyone is aware but they got relegated on Saturday………….shame #not. Saturday night saw Myself, Mark Butty, Luke Spires and Chris Saddleton meet up at the local Spoons and included with our cheap beer was free entertainment from the locals who were kicking off outside very funny. From there we moved onto the local Real ale bar and had a good catch up with guys from Capital Canaries and Chelmsford Canaries. Early ish night for some but not all.

Moving onto Match day itself and after our own footballing extravaganza and a quick visit to the Wigan Hospitality Suite we made our way into the away end and the sight of 5300 City fans creating a yellow wall before the match was impressive. The game itself in all honesty wasn’t very good from a City point of view, at least the first half wasn’t. Was it a penalty I didn’t think so in real time and having seen the replay I have to say the ref got it wrong, VAR anyone ? Our deserved equaliser was duly delivered by the EFL Player of the Season and with 8 minutes injury time we had hoped Teemu or Jordan Rhodes might snatch a winner. 1-1 at the final whistle and a fair result. Wigan have only lost at home 4 times this season and looked ok.

Next games for NCFC and pre match details

Sheff Wed home Friday night. The visitors do have a chance of the play offs all be it a slight one. My guess is DF will change the team with one or two new faces starting the game. If Sheff Utd should slip up against Forest earlier in the day then promotion could be ours Friday night under the floodlights. Score prediction 2-1 City.

Jon, Andy and I will be outside the Queen of Iceni around 1700 after our Supporters meeting. New flag will be up on the bridge. Hope to see a few of you there for a beer.

05th A. Villa v NCFC KO 1230 Sold Out. Jon, Tom, Andy, Chris Spinks/Saddleton and Myself will all be part of the end of season party at Villa Park, along with 2800 other City fans.

Our F2C CSF Nest Stone fund stands at £580 many many thanks to all of you who have donated. I will place the order later this month and the inscription on the stone will be “Supported by Forces2Canaries Club & Country”. Any extra funds will go to offset the cost of our flag which cost £94. If you would still like to donate please contact Nev Townsend via the normal channels .

Forces2Canaries Whats App Group  stands at 37. Let me know if you would like to join the group.

Our 5 a side game against Wigan Forces. F2C first football against another forces team was well received by everyone and the game itself played in the right spirit. Luke many beers Spires played the anchor role and the rest of us fitted in around him. When I say everyone that is  apart from Chris Chunder Saddleton who spent far too much time on the deck trying to catch a quick nap. The first thing Chris said Sunday morning was “I’m never drinking again” ok mate. We think we lost 8-7 as no one seemed sure of the score, as Gary “The Cat” Riches said afterwards not sure we care TBF. My thanks to the Squad who performed admirably, far better than most of us had hoped (Average age 46). Yes I am claiming my 2 goals, the second one was on target before it got deflected. Moving on to next season I hope we can get at least 4-5 of these games arranged home and away, with the help of the CSF. Spurs away being my top priority.

Global Supporters weekend /day Friday 19th April NCFC v Sheff Wed. Myself, Jon King and Andy Nelson will be attending the Global supporters meeting on behalf of F2C before the game. Any ?? for the NCFC staff you may have, please forward to me before the 18th April. Halftime pitch parade with all the supporters groups. I have informed the club we will have a max of 8 taking part. So far I have 7 names Gary Riches, Myself, Andy Nelson, Paul Myhill, James House, Jon King and Mark Boast. You all know the routine re the parade, be at the muster point by the end of the first half.

Football tournament 8th June at the Nest. This event is being organised by our friends at the Canaries Trust. We will be entering one team. Let me know if you would like to take part. Limited Accommodation will be available for those wishing to stop over at the Nest. Plus I have a few spare beds at Chez Nev and Deb. So far I have 6 names Myself, Michael Townsend, Chris Saddleton, Chris Everett, Mark Boast and Steve Wright. Any other volunteers please let me know. 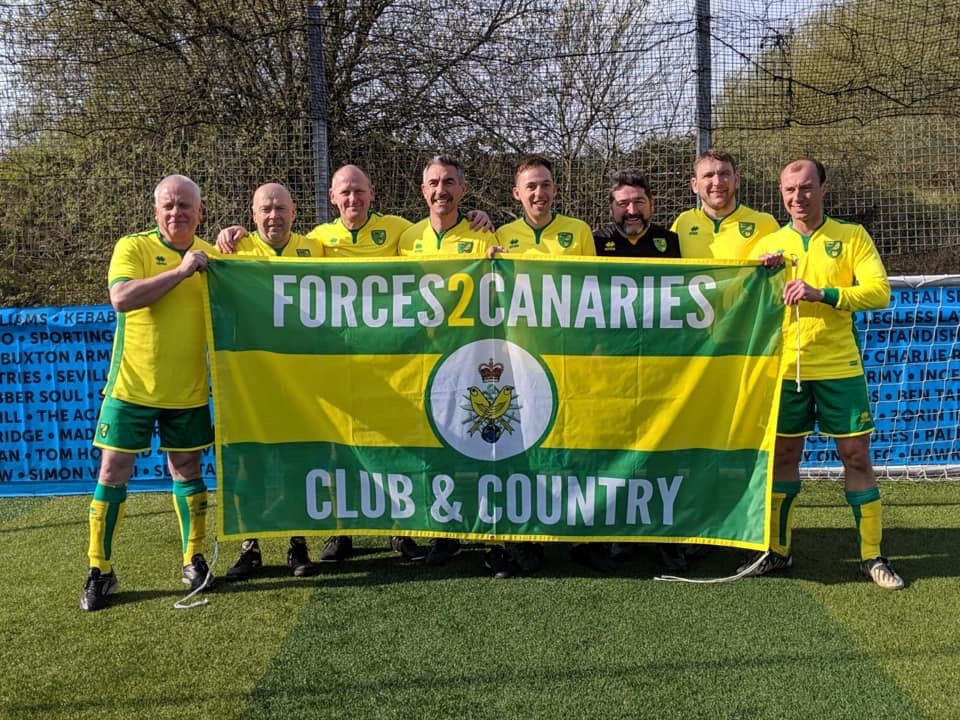